The London Summer Intensive has bought together 21 artists from 13 countries to work intensely for a moth in London. It has been an amazing experience with so many new ideas springing from it. As we near the end I am finding myself a little overwhelmed by the various tracks I want to pursue and look forward to some slower and more sustainable work in the studio when I get home. I have been working a little frenetically inspired by the environment and the people and have produced a lot of work in a short time. It is work in progress but some things will come from it that I am happy with.
Here are some examples.

This is a still from a three screen video work I am still completing. 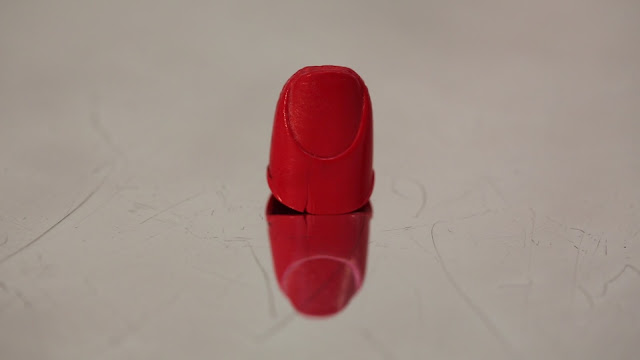 A still from the video. This is a thimble I found at a market in Portobello Rd. It wags at you in the video and I also use it when I embroider the stains in my christening dress. 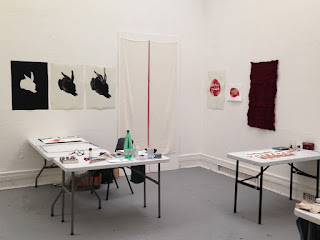 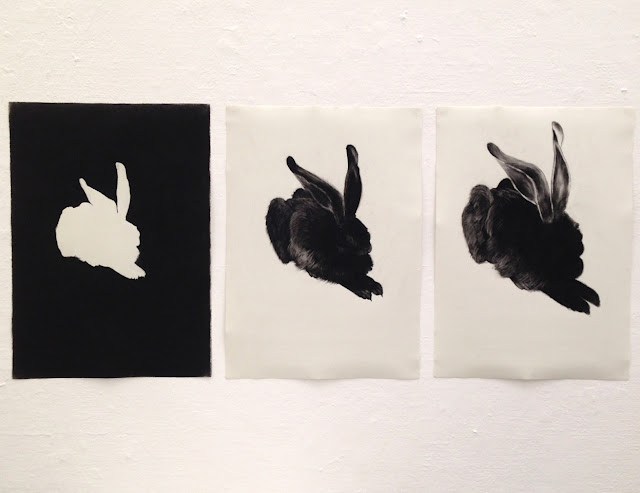 This was the first work I did. It was after a conversation with Jefford Harrigan who is the program co-ordinator and also an interesting artist. He introduced me to the concept of Collapsed Histories which named what I feel I have been doing. This work was a meditation on Durer's Hare which relates to a story he told me about Joseph Beuys. I had always wondered how Beuys dealt with the fact that he had been a fighter pilot for the Nazi's in the Second World War. Jefford said Beuys had tried to find something in his culture that hadn't been corrupted by Nazism and came to the conclusion that Durer's drawing of the hare couldn't be blamed for the rise of Nazism so he did his piece 'Explaining pictures to a dead hare' as a tribute to that work and as an attempt to begin again. I decided to meditate on whether there was anything in my culture that was uncorrupted by colonisation while I drew these pictures. As it may be evident, I came to the conclusion that there was nothing that was uncorrupted. 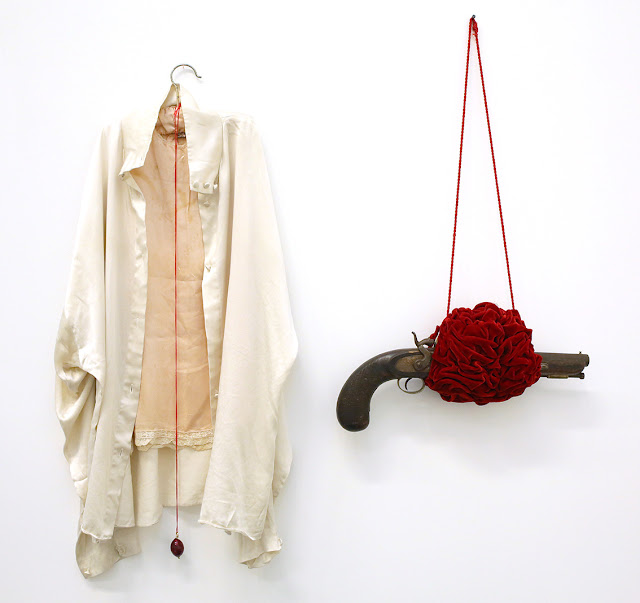 One of the best things about the residency has been the visiting artists who we have been able to meet and discuss our work with. Three particularly useful people for me were Faisal Abdu 'allah, Simon Faithfull and Harold Offeh. I have had the opportunity to speak in depth with them about my project and have had lots of interesting comments as well as lots of encouragement about what I am doing. 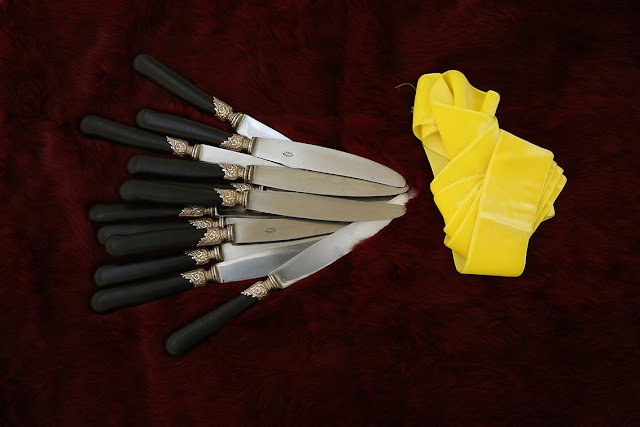 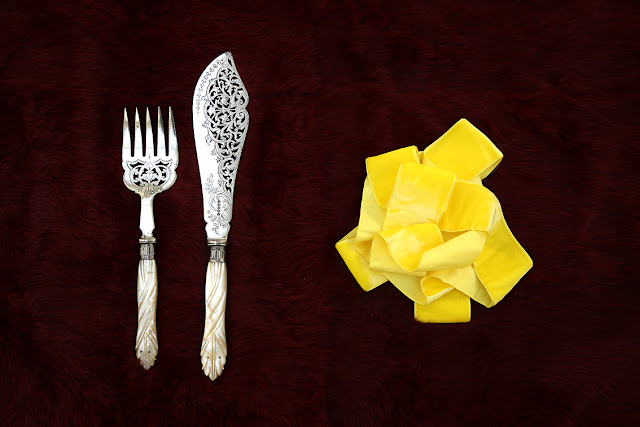 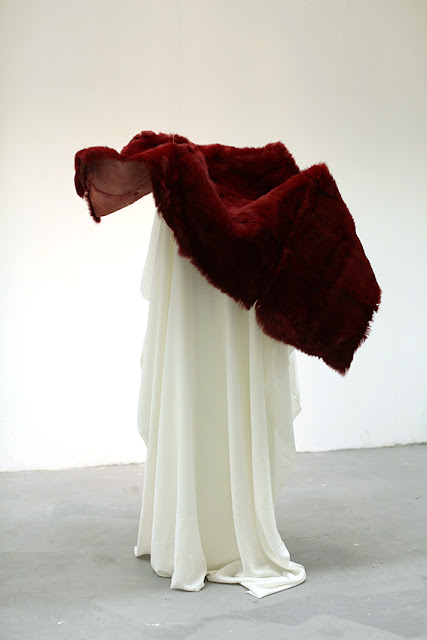 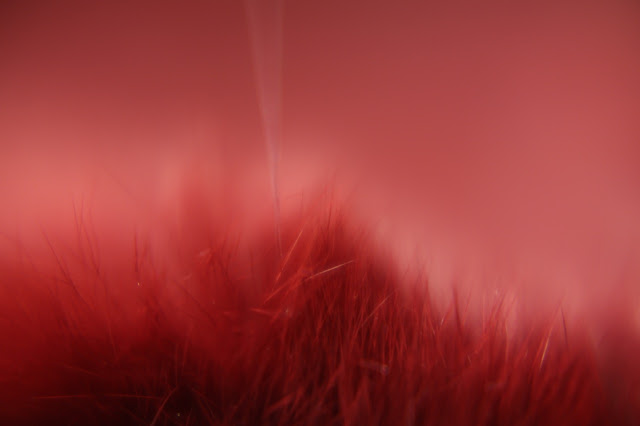 A red rabbit skin fur I found. All of these objects I collected while I have been here. The only thing I bought with me was my christening dress. 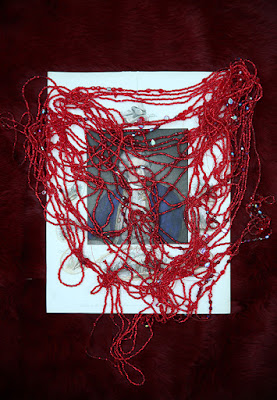 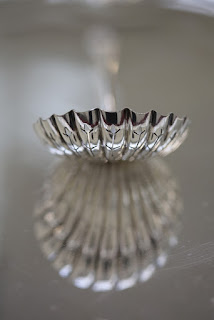