Megan in the studio by Sal Cooper

Post exhibition opening I went on a road trip to unfold the next stage of my project.
My aim was to travel to Northwestern NSW and try to find the old property my great grandfather had established in the 1880's. I then wanted to find out whose land he occupied and try to make connections with the traditional owners. My friend of 28 years Cecily Atkinson agreed to come with me on the trip.
I was so grateful to have her with me as I ventured into this unknown territory. Travelling into the country with an Aboriginal person is so different even if I am not travelling on her country. It brings with it another view of the landscape and history of the places you travel through. When I travel on my own I am always slightly uncomfortable, sensing that I am on someone else's land and that history is not laid to rest. Even though in most cases there are no Aboriginal people present, if there were, I feel that I instantly fall into the position of the enemy in their eyes. I know that this may not the case for many Aboriginal people but for me I feel my shame at the distance between us given by the unresolved past. I have always felt this way and it is why I haven't travelled widely in Australia. Somehow I feel that I still need a guide or to be invited to the country by the people who were displaced. 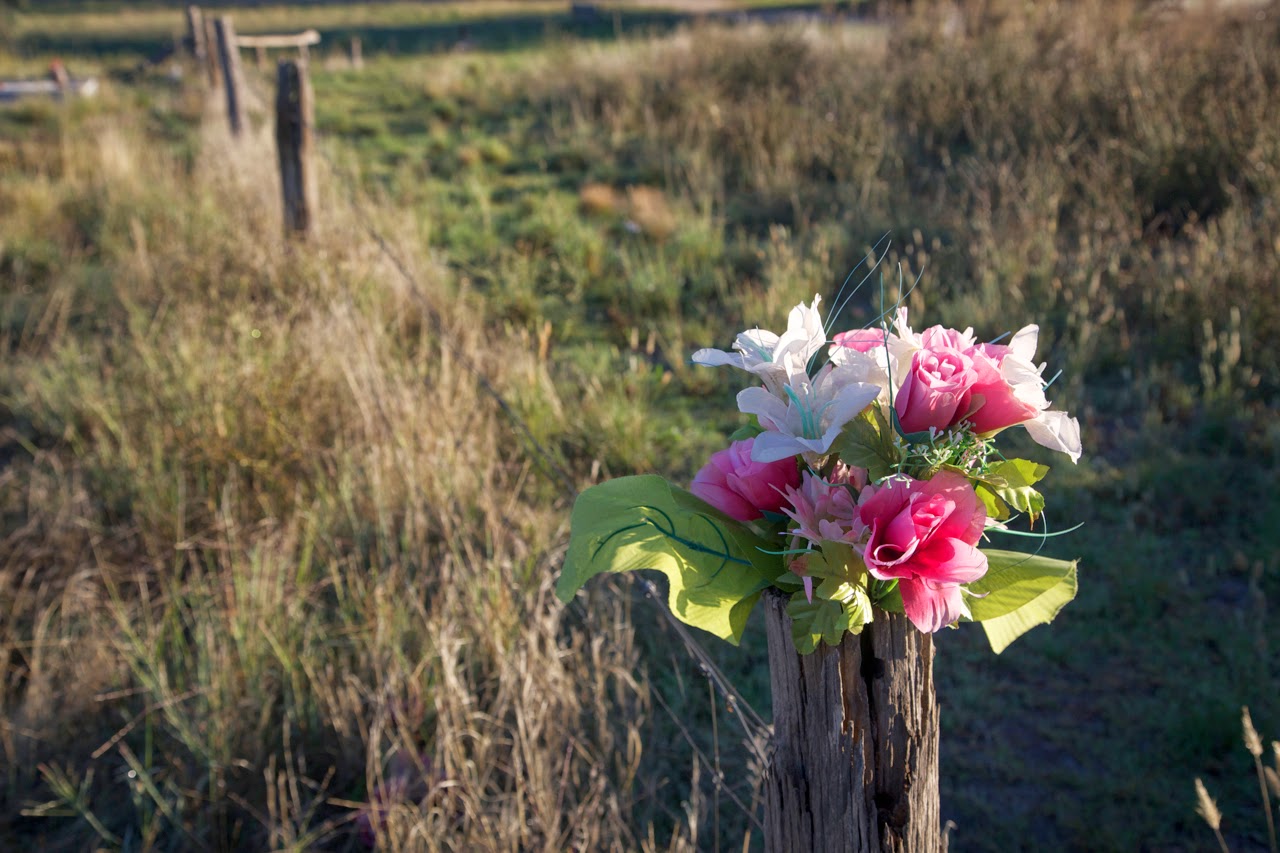 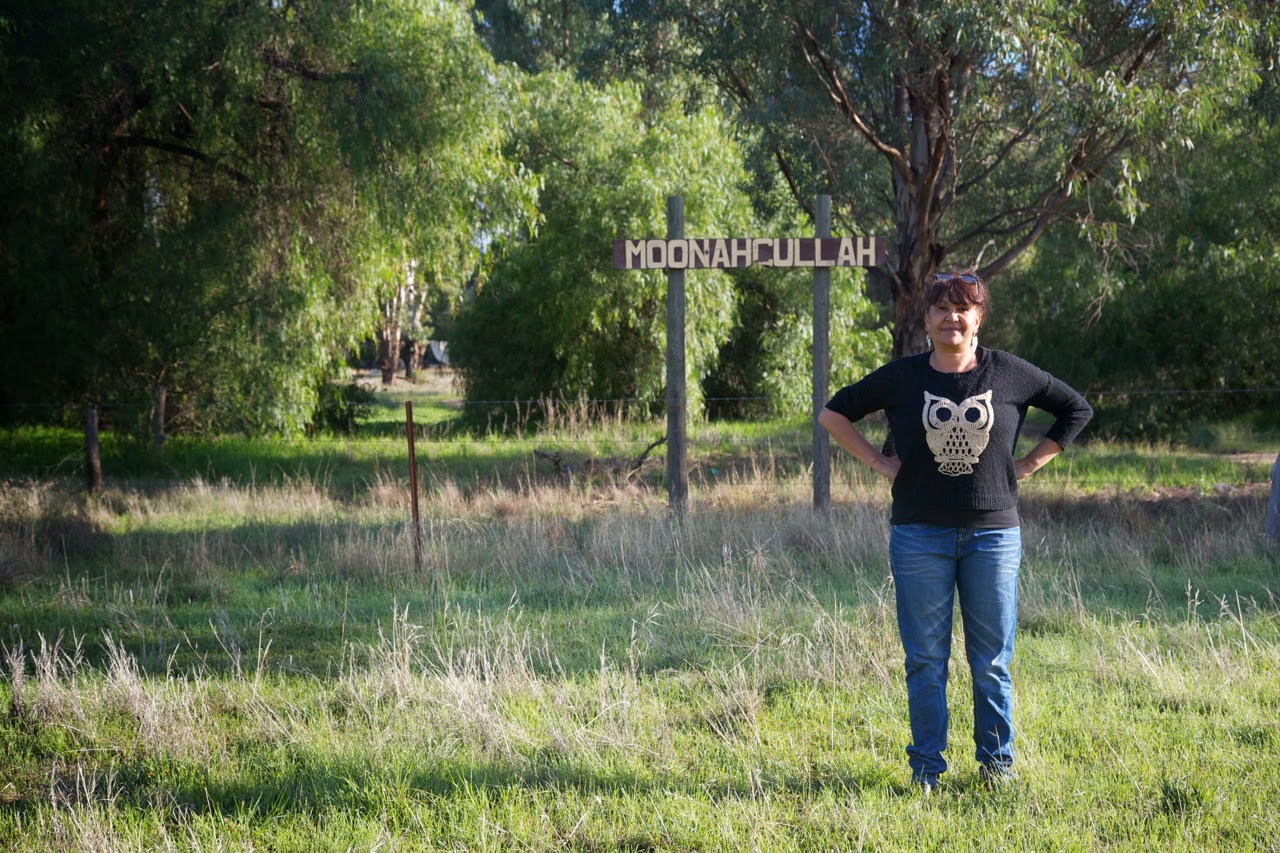 The first stop on the trip was appropriately to Cecily's traditional country. It was where she grew up and where her Mother and Grandmother lived for most of their lives still living off the land to a large extent.
Staying at Moonahcullah was a privilege. We arrived at dusk and Cecily took me to the cemetery which was where her mother and grandmother were buried. So sad to see so many graves of the too young and tiny graves of children. 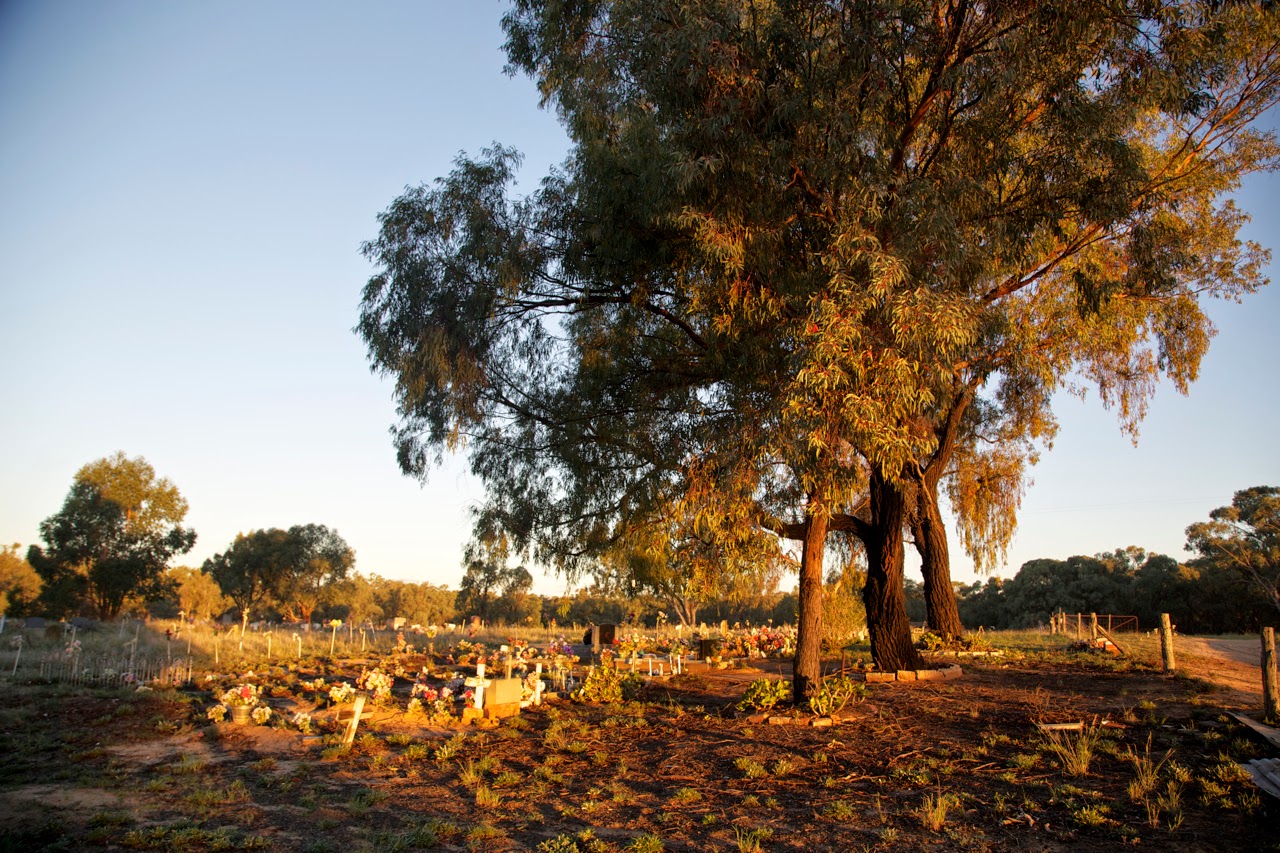 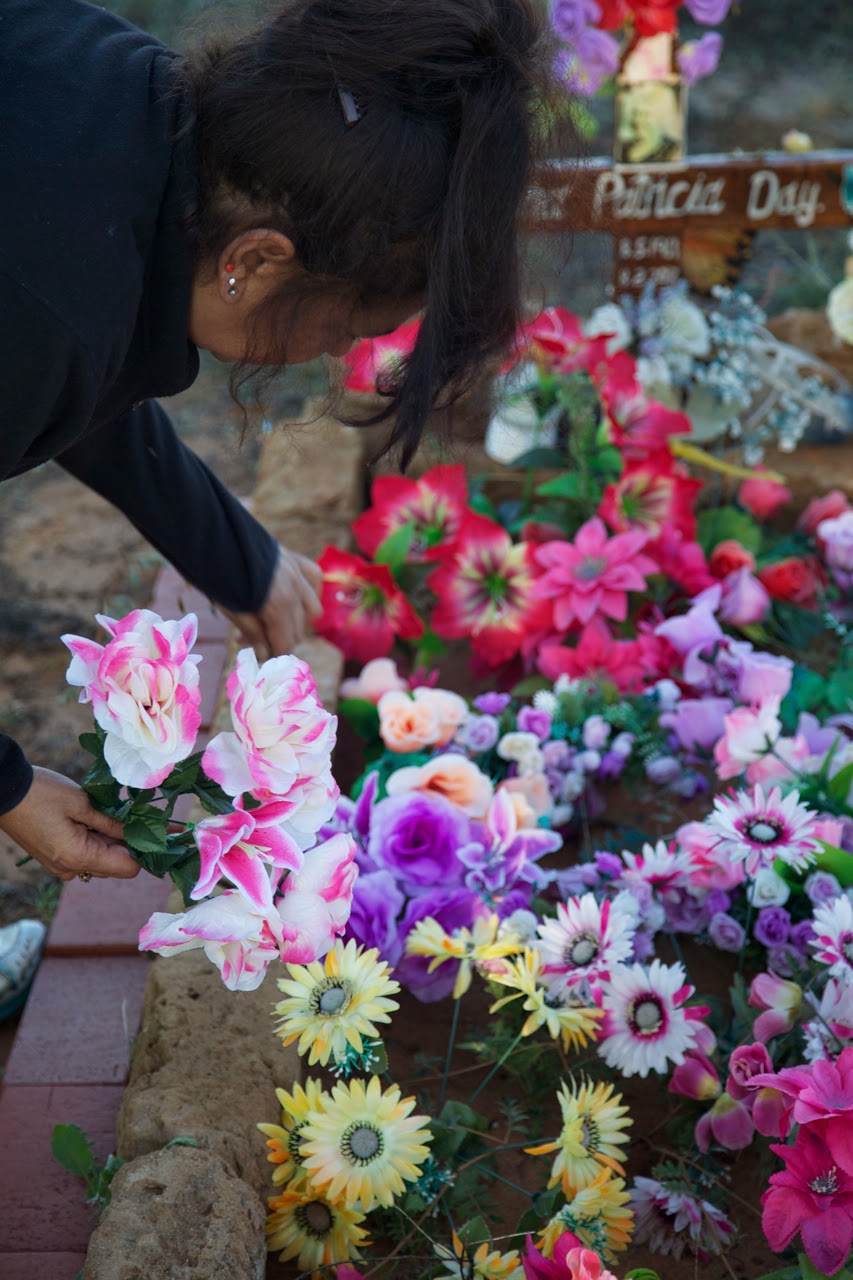 It was close to her family hut. There was also a fenced off area where some of the repatriated remains were buried. It felt good to be sleeping near to the old people.
Cecily was at home in this place and she talked a lot about her memories of growing up there. Her grandmother had had to swim across the river to go to school before the bridge was built. Next door to the mission is a big farm called Old Marago. Cecily used to be allowed to pick oranges from the farm as a child due to some unacknowledged connection to the place. The family hut on the mission is decorated beautifully by Noel, Cecily's brother.
We stayed two nights and were woken each morning by a cacophony of birds. A pair of white eagles sat on the tree on the other side of the billabong behind the hut. They watched us for a long time. It was a full moon on the first night and the leaves glittered in the moonlight. The second night I went outside and was surprised by the eclipse. I had no knowledge of it and was struck by the strangeness as the shadow moved slowly across the face of that golden orb. 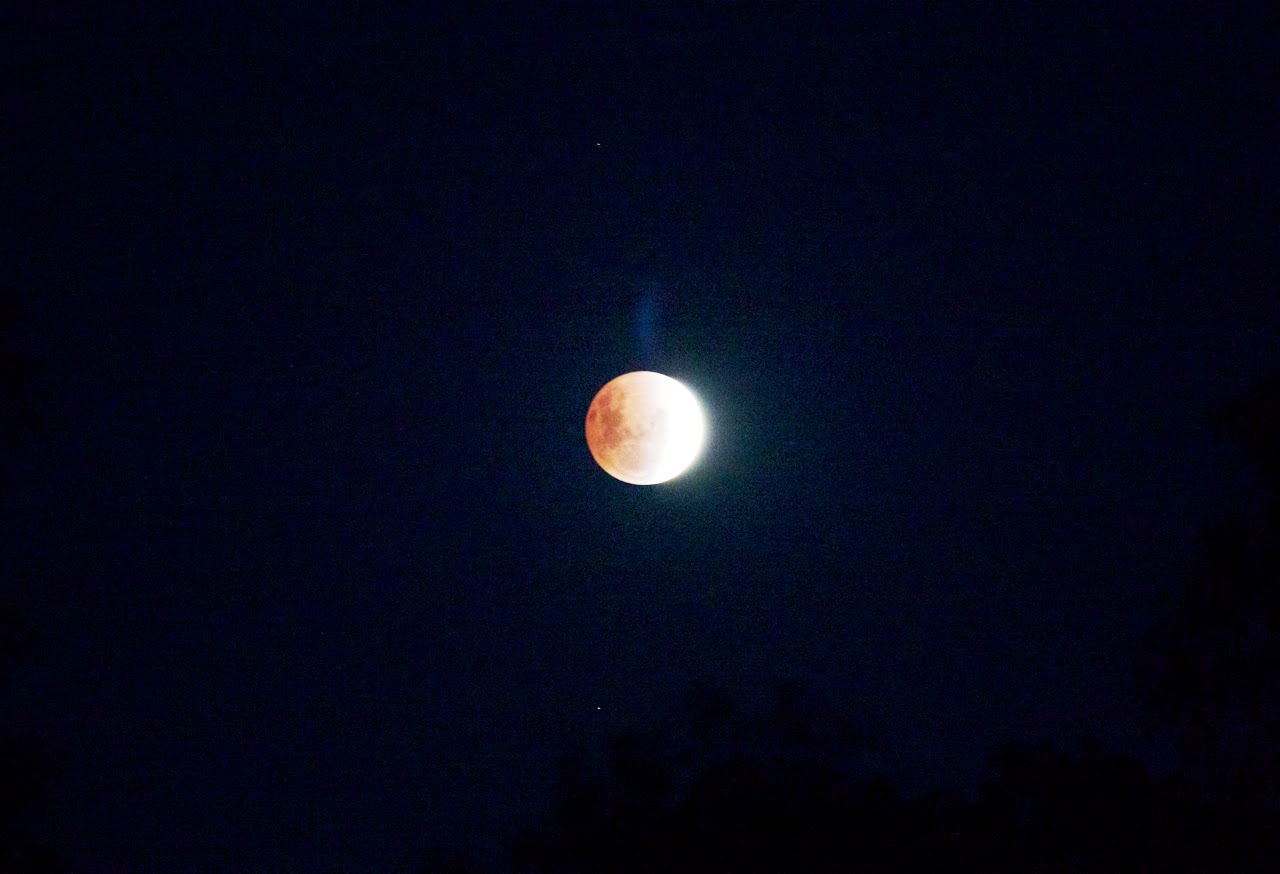 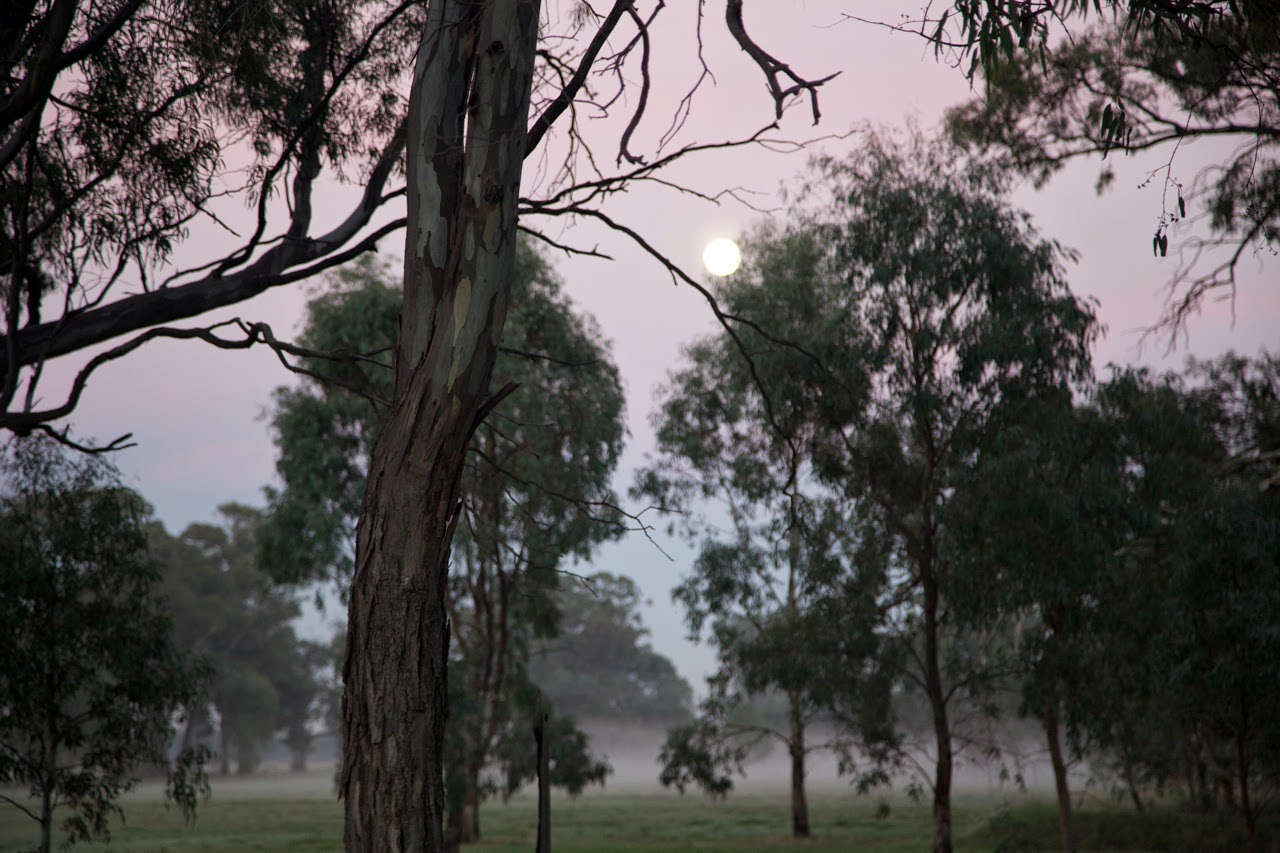 This is a new book by Henry Reynolds.
On reading it I have been struck that I belong to only a few generations, three at the most, who have been a part of the wilful forgetting of what our great grandparents were widely aware. That is the violence of the frontier of Australia. Henry Reynolds makes the case that the terrible knowledge was every white Australians birthright along with the occupation of land up until the turn of the century and even later. Somehow this is still a shock as growing up one tends to be blind to what came before us. This knowledge is re emerging finally and Reynolds says
'The central story in the new century will increasingly be seen to have been the linked histories of imperialism and decolonisation, which were preparing the way for the great shifts in power and wealth currently underway. And in that story the relationship between European settlers and Indigenous Australians will become increasingly important. This is the subject that will be of most interest to the many people in the world who have no reason to be particularly impressed by all those ventures where we marched in step to the tunes played in London and Washington' p7
I am thinking of all those fabulous Aboriginal artists who have so uncompromisingly presented these facts to us broader community over the last 30 years, Les Griggs being one of those pioneers along with Gayle Maddigan, Lin Onus and many others who opened the eyes of all who saw their work.
They are now followed by amazing contemporary artists such as, Maree Clarke, Brook Andrew, Christian Thompson, Michael Cook, Vernon Ah Kee, Clinton Nain, and too many others to mention. They are my key influences as an artist these days. I honour and respect them all.
I stand in their wake and hope to make work that helps other non-Indigenous people face that terrible truth of our past as a way to build a proud nation. 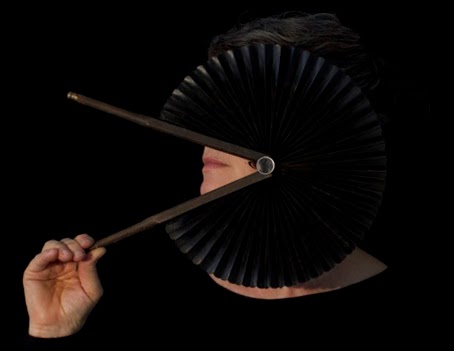 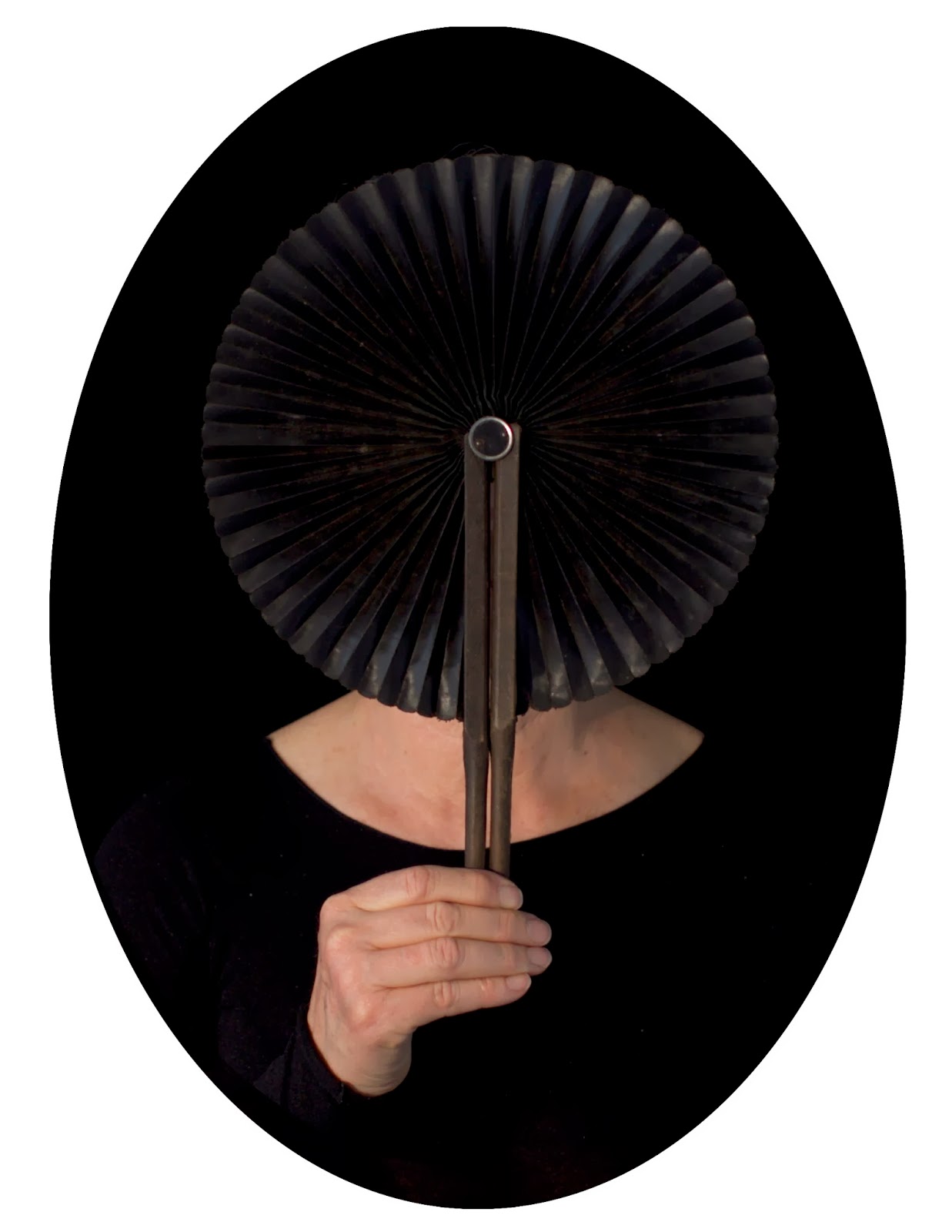 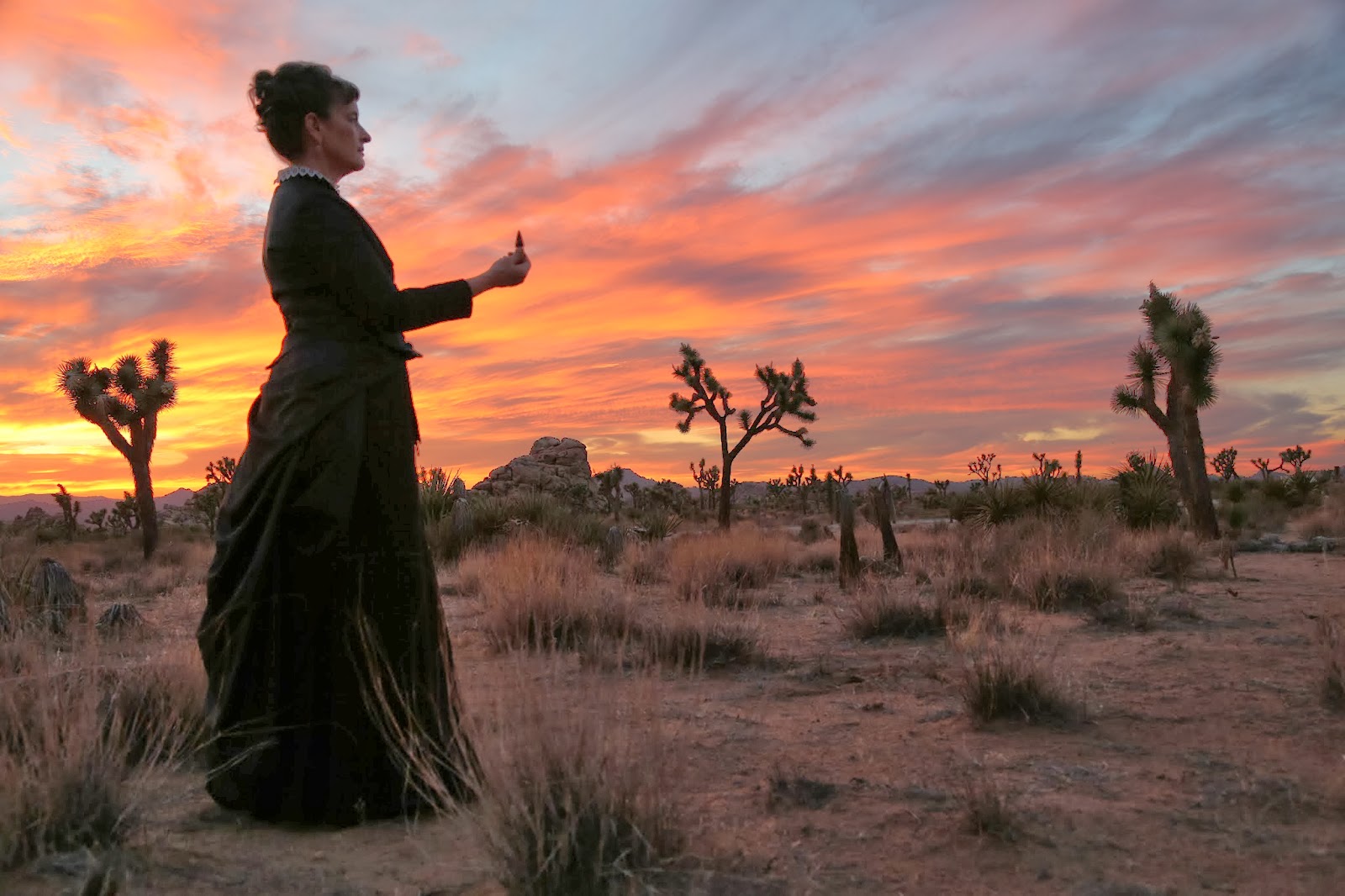 I have been slowly reading Sarah Maddison's fabulous book Beyond White Guilt. The reason I am reading it so slowly is because I have to keep stopping to underline nearly every second paragraph.
It is the book I would have written if I was a writer, or more accurately, it is my thoughts put down perfectly into words. I highly recommend it for anyone who hasn't read it.
Some of what I have underlined tonight.
'Those taking offence at a more critical view of Australia's colonial past seem determined to 'smudge history into the sand', through a series of denials that, paradoxically, have also continued to feed the 'fundamental guilt that lies like a shadow over the European psyche', a guilt that 'will not be shifted until the colonial project is completed or abandoned'. (Sarah Maddison quoting Julie Marcus)
I recently said to someone that I think this issue is THE issue in Australia that underlies all other issues and am often frustrated by my countrymen and women not taking it up. She said to me that everyone thinks their issue is THE issue. I can see that she is right however I do think that history will prove me correct as it does when looking back on the holocaust.
I had coffee today with Maxine Briggs at the State Library and was horrified to learn that 30 years after the initial research I did at the library for the Koorie Mural she holds the only identified Aboriginal position in that huge colonial institution. It was wonderful to hear from her that she thinks my project is timely and very important. She said, and I quote, 'Someone needs to break the ice'.
Still sitting up late embroidering a new piece for my music stool. A horrific image taken from a colonial postcard from the 1800's, a staged photograph of a white man violently holding down a black man with gun in hand.
Think it must have been a propaganda postcard sent back to the mother country to let people know that it was safe to come down under.

Pictures of an Exhibition 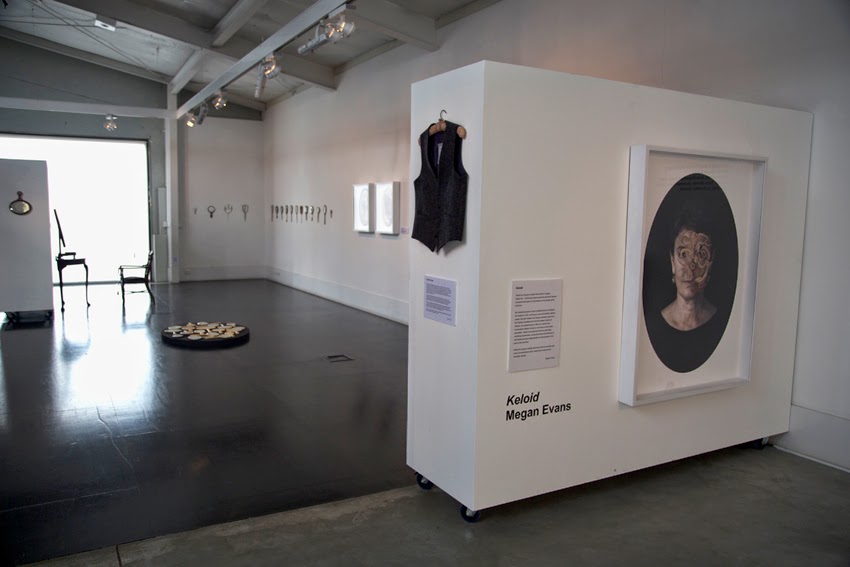 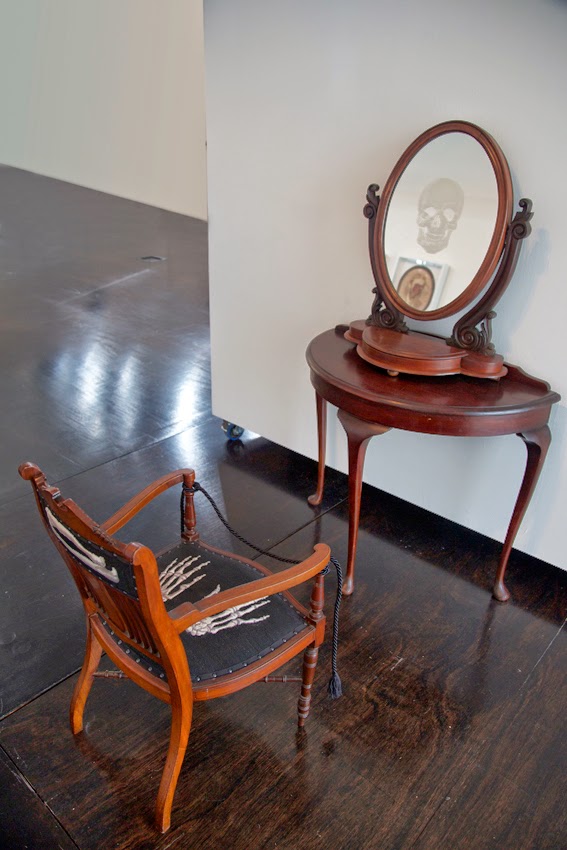 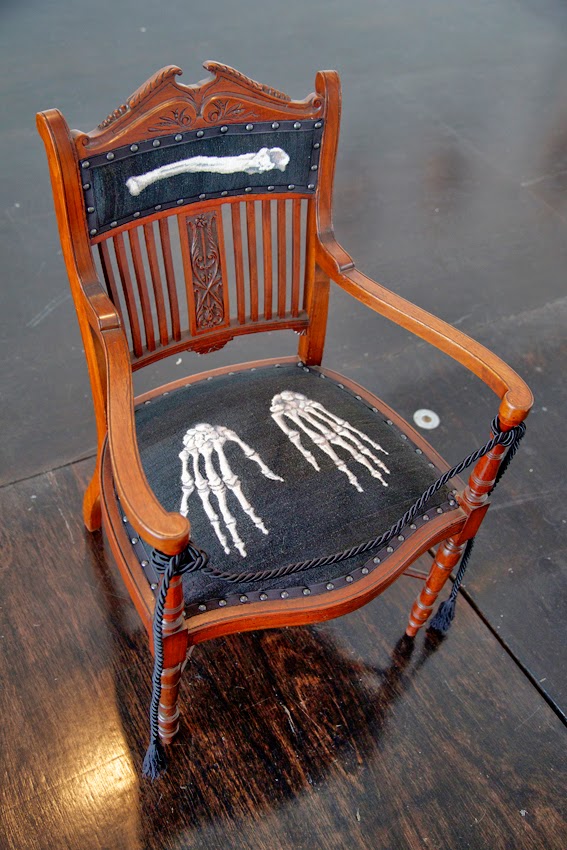 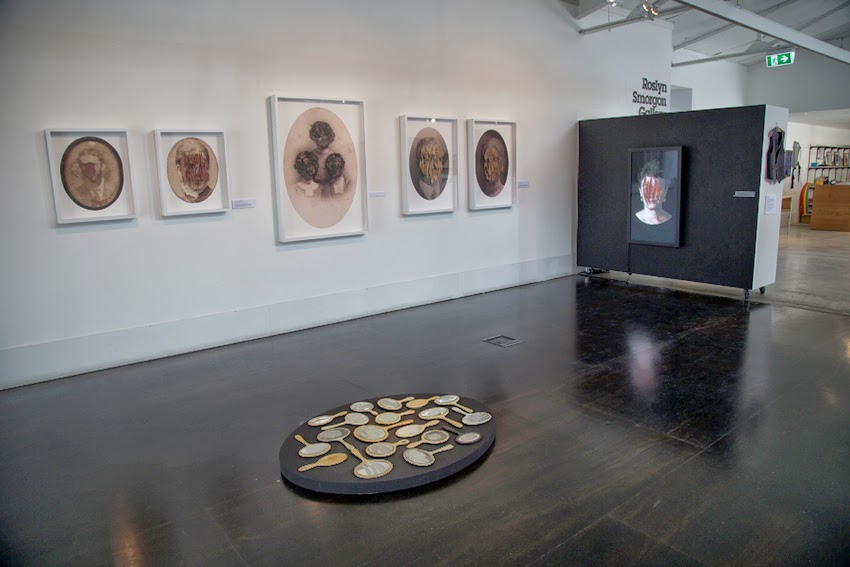 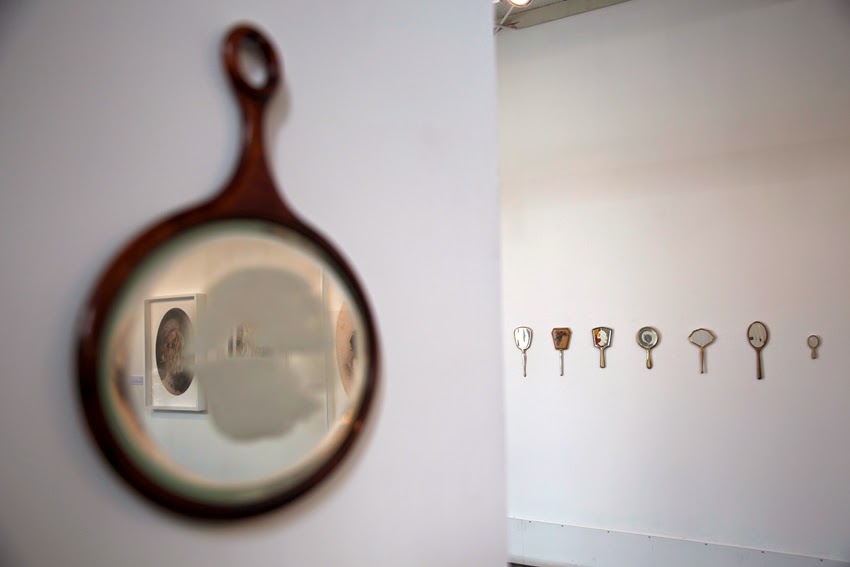 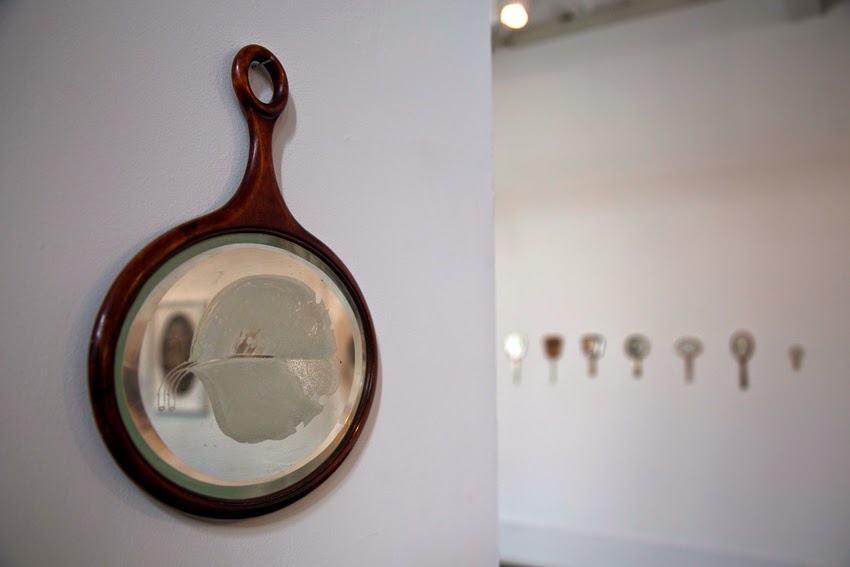 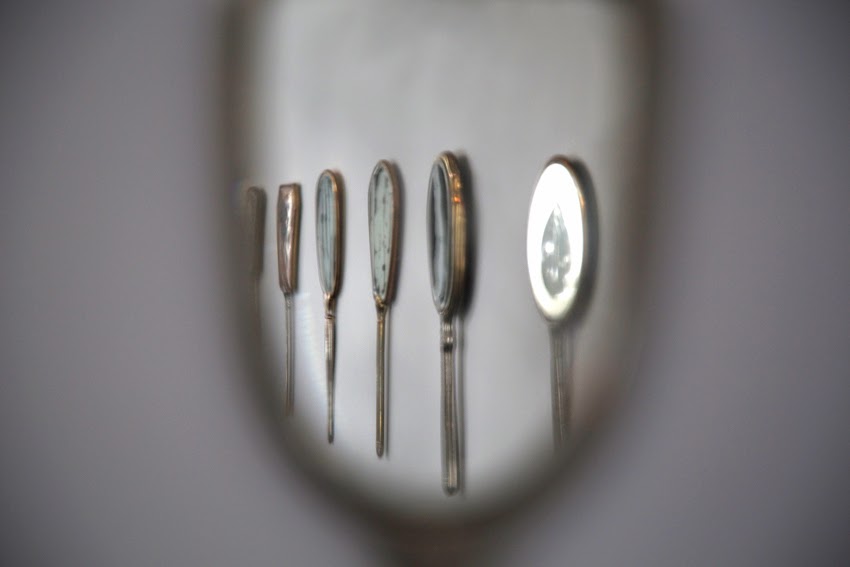 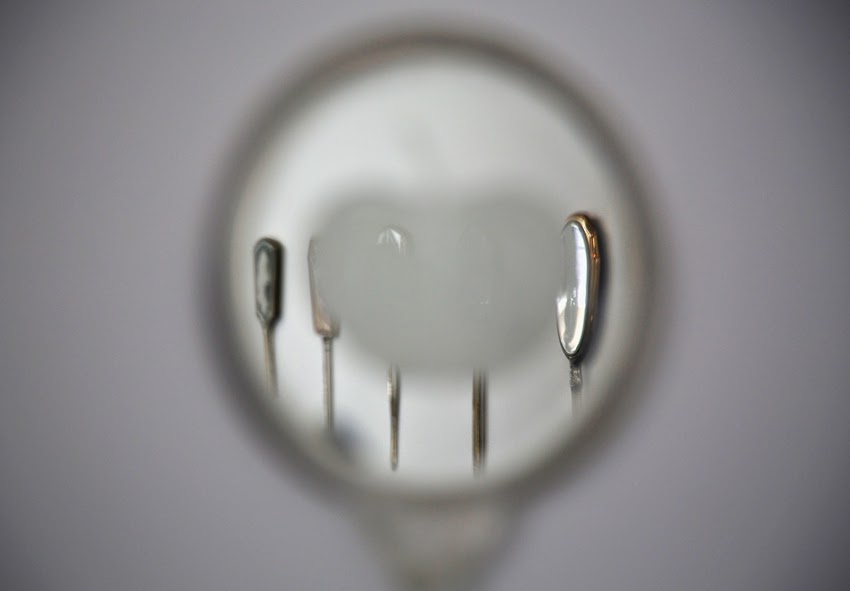 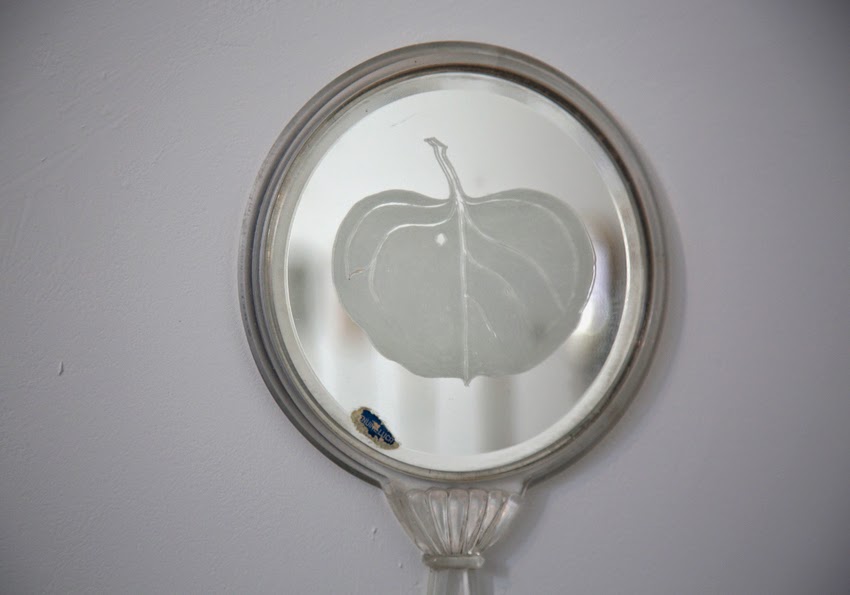 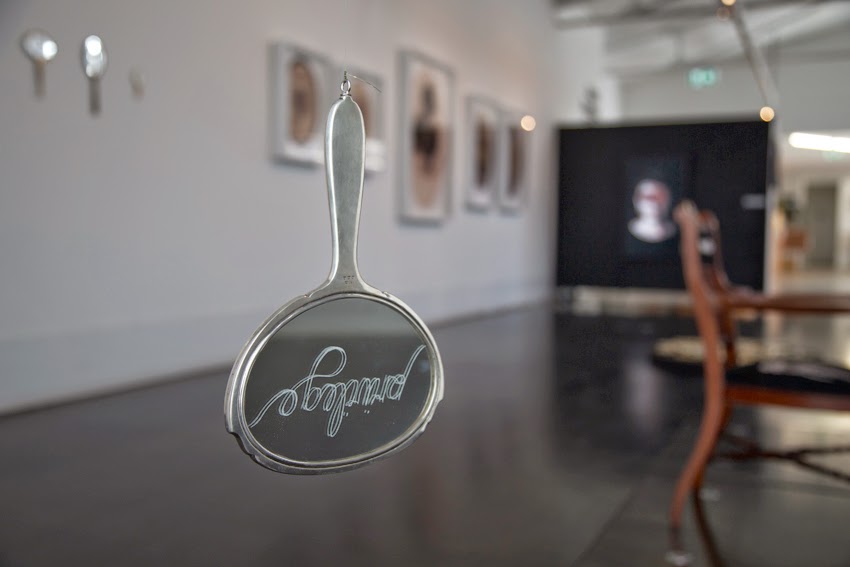 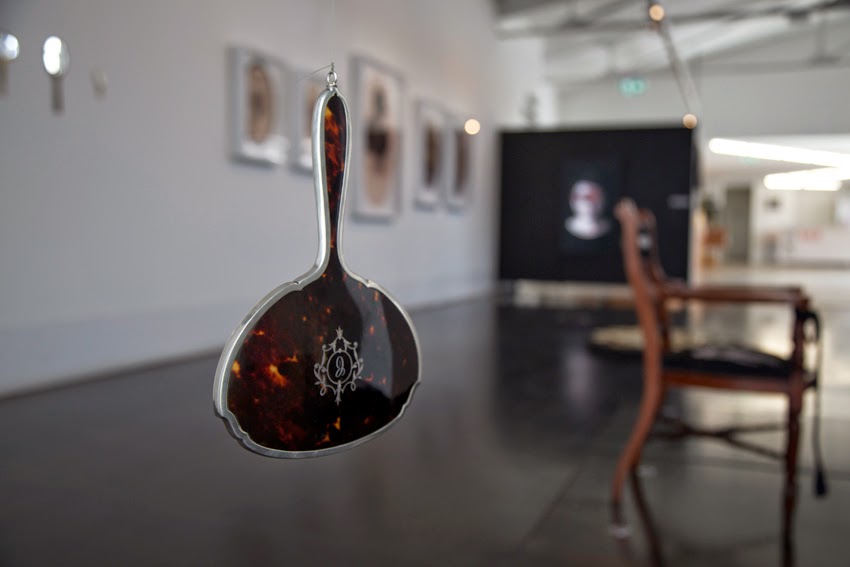 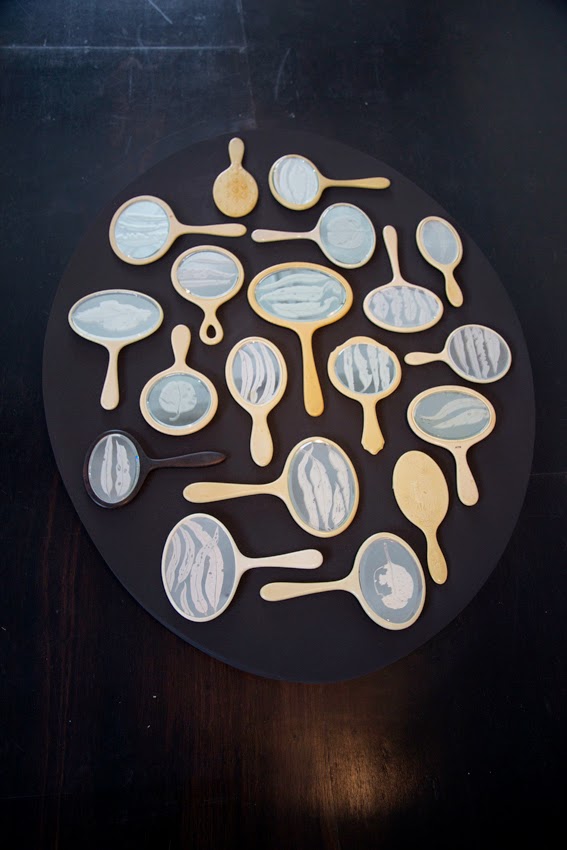 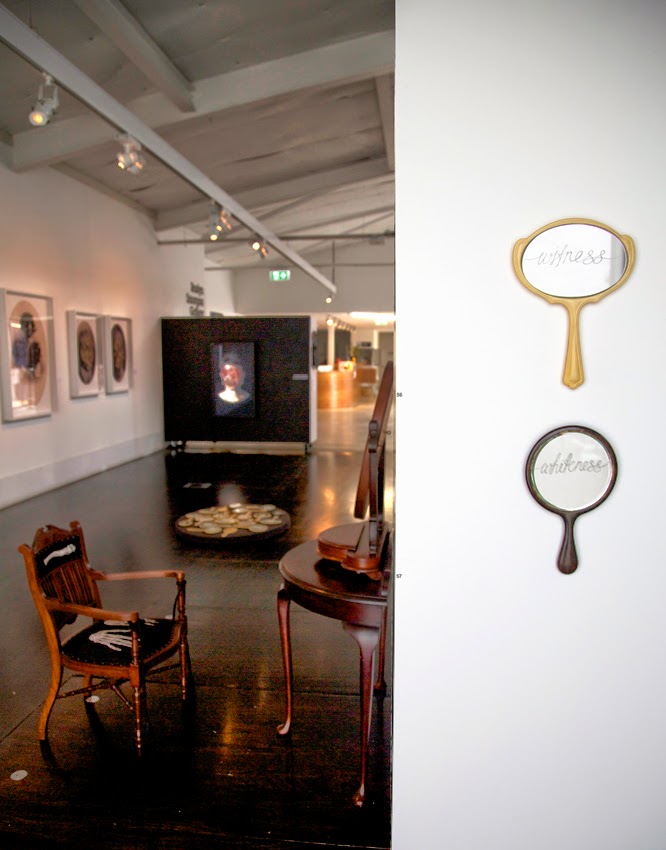 The blank stare before an exhibition! 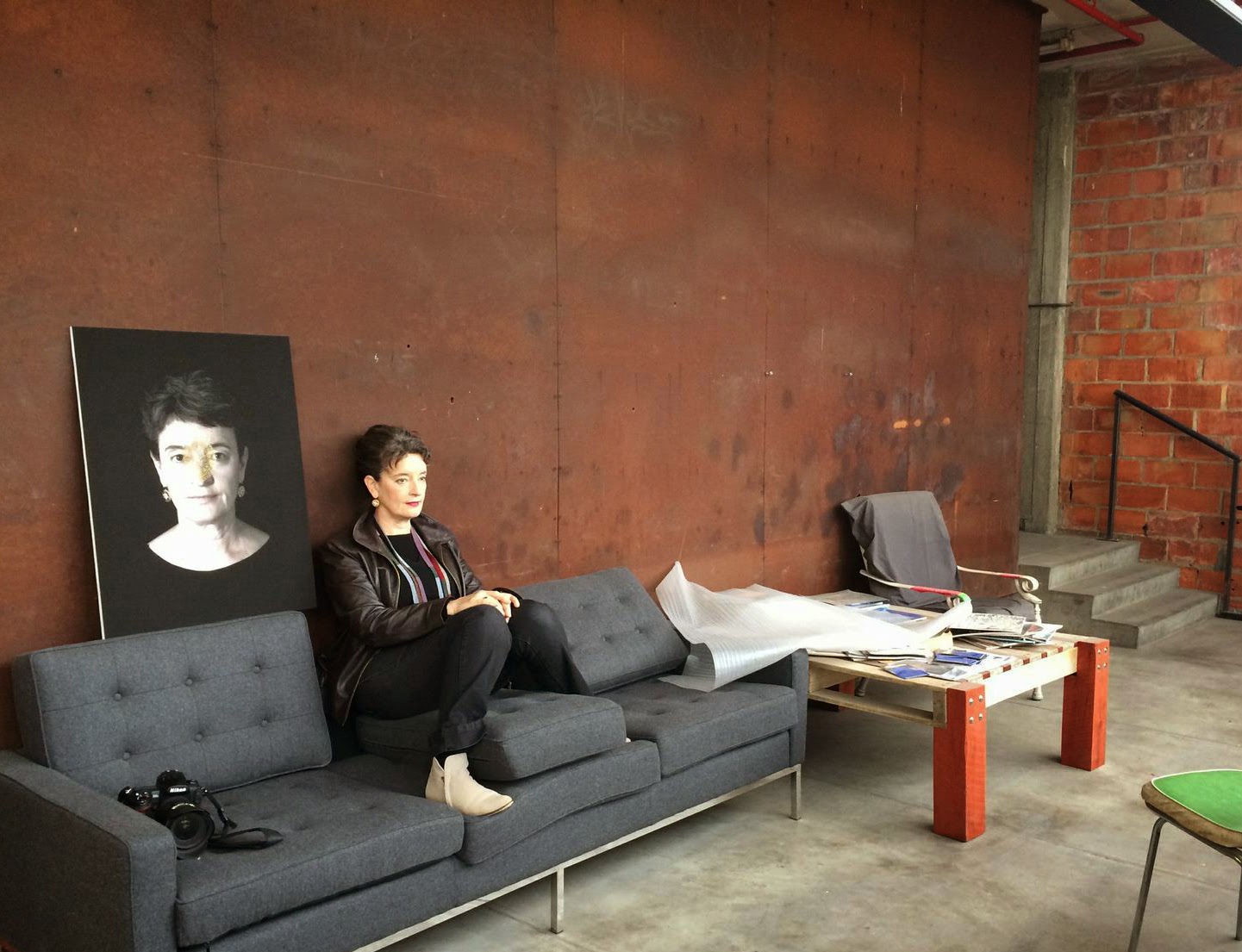